The Stitchers Guild Site have had a thread called Jacket A Month which is about sewing 12 jackets during 2011.
The idea is very appealing to me but sewing has been at a lower output this year due to life circumstances.
I have managed a few though :-)
first up, and this was probably technically sewn in December more than January is a faux shearling jacket, I'm going to sew the beige fur hooks on today, this is a sort of coral orange colour, and toasty warm to wear. 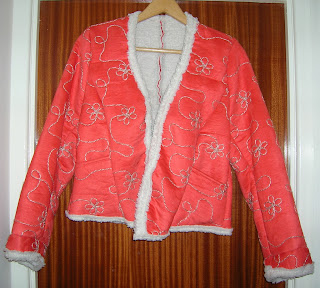 A big pause then on the sewing front until the Autumn, when I made a cardigan coat from a cotton sofa throw. This worked very well though would have been good with more closely matching serger thread. The cotton throw fabric was very thick at certain seams and I went through a few needles on the sewing machine completing the project. 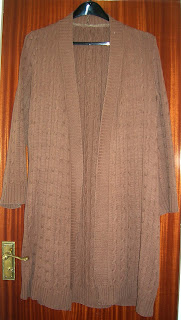 The next project used the same pattern, and a lacey sweater knit for a shorter boxy cardigan. 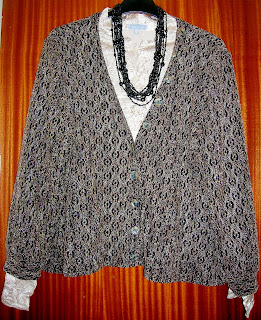 My final jacket project was a red furry jacket, intended for party wear but actually not worn at all as yet. 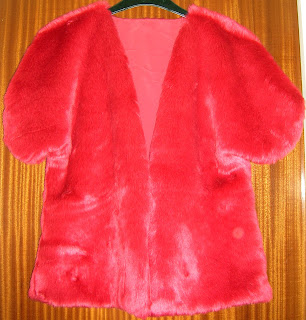 4/12 isn't fantastic, so I think I'll have another go next year at Jacket A Month.

Fav is the lacy sweater. I'm just passing though to wish you a happy holiday season with Redbox Free Movie Rental Code: NVMCDBR or TWR73W5

Type the code in at your local Redbox for a free movie.