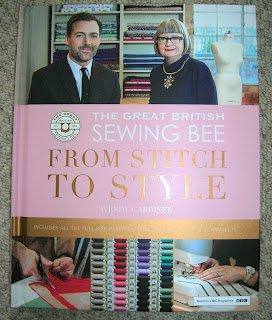 This is the book which accompanies the latest series of the Great British Sewing Bee which recently finished. 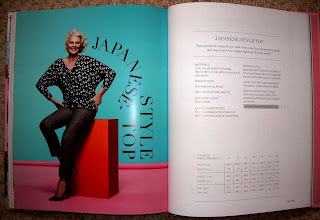 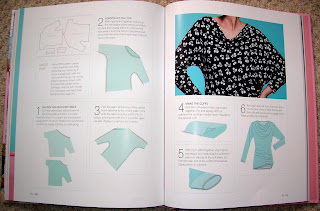 I decided to sew the 'Japanese Style Top' which I don't recall being featured on the series.
(This is different to another similar style which was a challenge on an earlier series). 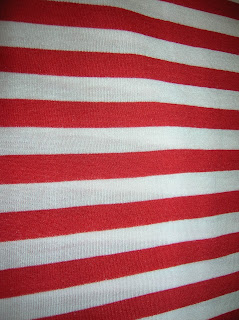 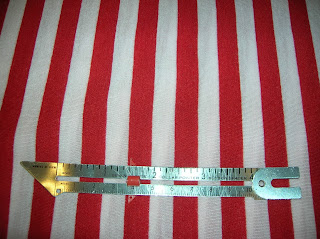 I really wanted to showcase the angles and drapes so decided to use the 1/2" red and white stripe jersey.
So far I have traced off the pattern pieces and glued them together with a glue stick and cut them out as per the layout diagram, with the exception of the cuffs which I cut with the stripe going round not up and down.
I have to say it is looking fairly crazy and I can't quite imagine what it is going to look like sewn up. We shall see (maybe as early as tomorrow) or if not I am then out, away and out again so it'll be next week.
Posted by SewRuthie at 22:39

Looking forward to seeing this. It sounds very interesting use of fabric and the style looks very chic but comfortable.

I have a white and green stripe I was thinking of using to make this. Looking forward to seeing yours first! :)