I had an idea to make something based on instructions/pattern from a sewing magazine every month during 2016, I'm starting a few days early to use up some fleece scraps. 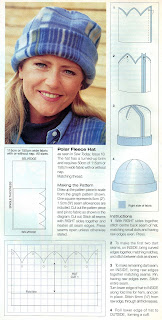 I have sewn 4 hats from fleece scraps left from the cardigans cut from blankets, though I didn't have enough for the turn up at the bottom, they are just little fleece beanie hats of various sizes based on the scrap size. 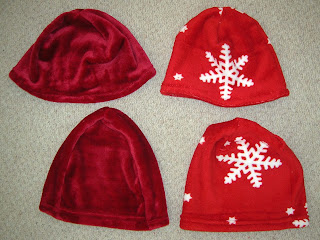 A great way to use up fleece scraps, mine will be for sale for a few pounds on my charity craft stall in May.
Posted by SewRuthie at 10:48