ReP-A-R-E (RePurposing, Alterations, Repairs and Embellishments) #10 was a fun repurposing job, turning an old adult England Rugby shirt into a pint sized version for the mascot! 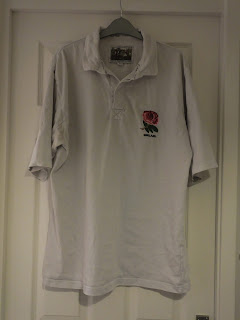 Here's the XL shirt I started with, a bit grey generally and very discoloured under the arms but it has the all important rose logo. 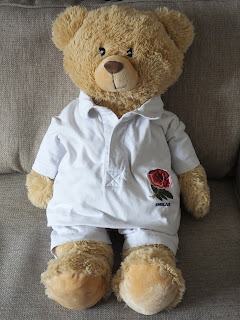 Here's the mascot in his new shirt and shorts.
For the shirt I kept the collar and logo of the original shirt but cut the sides and bottom away. I used the bottom section of the sleeves to make new smaller sleeves, and coverhemmed the hem of the shorter shirt. 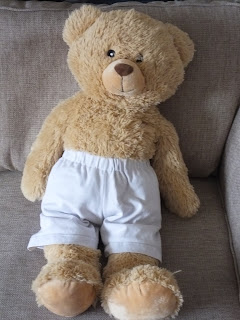 The shorts were made from a the lower edge of the shirt. 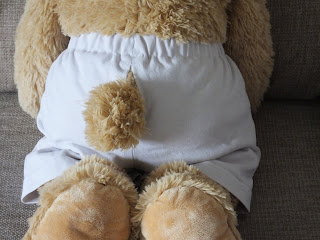 With a stitched opening for the tail.
As this is a sitting bear I lengthened the back crotch and shortened the front crotch.

I didn't use a pattern for the shirt, just made it to fit the bear.
For the shorts I used New Look 6961 as a starting point then shortened the legs to shirt, angled the waist to give a longer back crotch/shorter front crotch and stitched round a hole I had left for the tail. 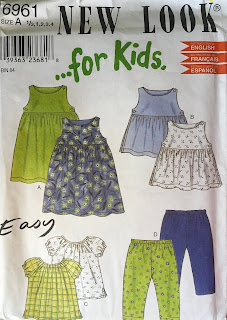 He can cheer the team at kick off. I'll come back and tell you if we won later on!!!
Posted by SewRuthie at 17:00

He's adorable in his new togs!