I have been doing some sewing room improvements. I had a big TV with DVD player which I almost never watched as I prefer music when sewing and have a CD/radio as well. So I have taken that out of the room and bought an 8 cube unit from Argos (smaller than the similar Ikea one). 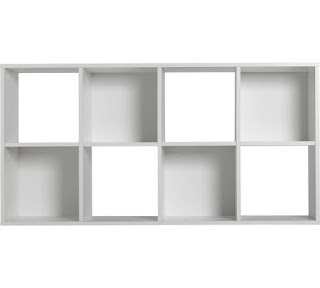 I have magazine files of Burda magazines along the bottom row and fabric drawers in the top row. 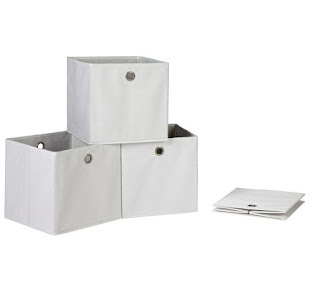 I now need to use this to get the room quite a bit tidier. Wish me luck as I would generally rather sew than tidy up.
Posted by SewRuthie at 07:53

It will be worth it though and hopefully an organised sewing room is more productive.