Dylon have changed their machine dyes to now include the salt in the dye packetso I found that Boyes were selling off the old ones half price. They only had a few colours left, so I picked up the ones I thought I would use. 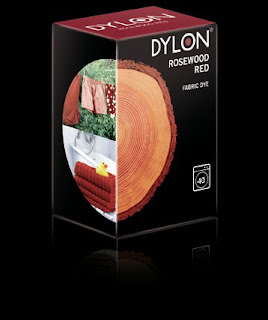 I used two packets of the Rosewood Red colour, and some dishwasher salt (as I didn't have enough table salt in). I was a bit concerned but it worked really well. 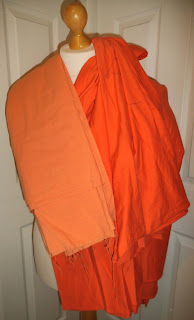 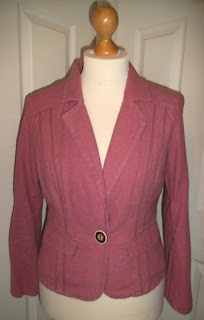 Pink jacket before dyeing (This had been a yellowy beige, which I overdyed pink last year but never wore) 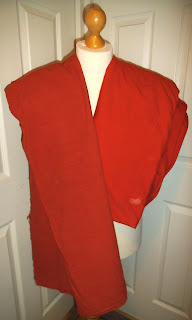 Fabric is now Red Orange, richer colour and more flattering for me. 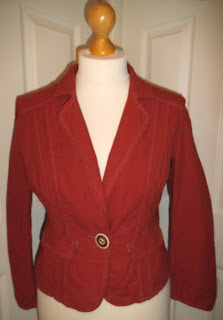 The jacket is now a brick red (still with the beige topstiching and button).
Posted by SewRuthie at 13:06

Hi Ruthie!
Your jacket looks fabulous like that, and I think the button and topstitching make really great contrasts. Is some sort of tan in your color palette now? It would look great with tan pants or skirt.
The fabrics are great too. I took a dye class many years ago and had such fun with all of the things I made. You reminded me that I have some over dyed fabric in my bins. Need to pull that out!
Have fun with it!

Your dyeing is always so inspiring, Ruthie. I now have a front loader machine so don't know much about how to dye with it. My one attempt in a tub was not too successful but I was definitely not diligent enough either. Love those new colors.