I am still sewing chocolate brown. Apparently I have sewn 14 items using 26.5 metres of various brown based fabrics (according to my stash spreadsheet) and I have another 6 garments planned. Then I shall change the thread colour, probably to cream to sew some cream and brown print tees.

As you know I do like to sew several things with the same thread colour but that is even more extreme than normal for me (the most I could find before was 9 different tees all sewn with white thread, not counting bulk projects like cot sheets when my twin nieces were born, table cloths for an entire community centre and anything involving curtains).

I should have that colourway out of my system in a few weeks (I hope). After which I probably won't want to sew anything brown for a long long time. It is a bizarre obsession right now but I'm sure it will pass.

So chocolate brown is definitely one of my SWAP neutrals (as well as one of my key wardrobe neutrals generally), and I will have plenty to pick from both for that bit of SWAP and also just for getting dressed! 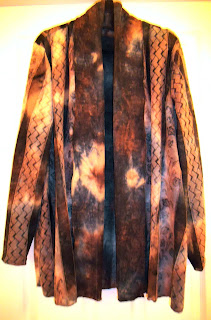 This has used another 2 metres, and is adapted from my old favourite pattern from Prima magazine November 2010 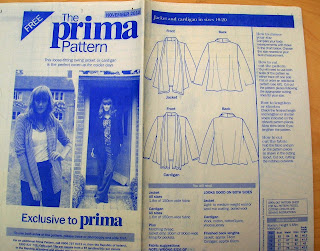 I've got my subscriptions worth just from that pattern! 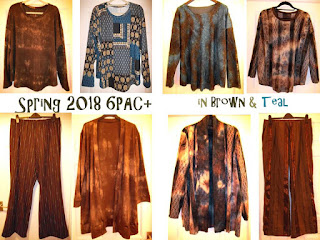 And the previous 7 pieces 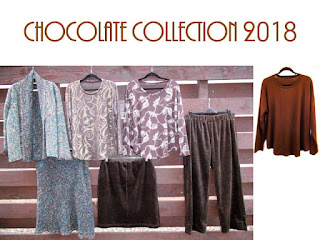 At some point I will photograph them all in the same light as they come out too warm in the indoor light with flash.

Next up, yet more brown, probably another cardigan from that pattern but this time from an Ikea Gurli throw (no longer sold by Ikea in this colourway, but previously purchased and stashed by me).
Posted by SewRuthie at 21:43

Hey, if it's working.......just keep going with the flow. You are creating quite a nice wardrobe.

brown was one of my staples forever (and natural hair color). now I've let my hair go gray and wonder if brown still works for me. maybe charcoal should be my replacement neutral...