I've been watching the UK TV series House Doctor, where an American woman makes over British houses which are failing to sell. In many of these she paints the dark brown fire surrounds some funky colour. The TV is to the right of the fireplace and I kept thinking 'grrrr fireplace' whilst watching the show.
Now I don't want to sell my house and I don't want a loud colour on my fireplace BUT I did want it to not be dark brown. 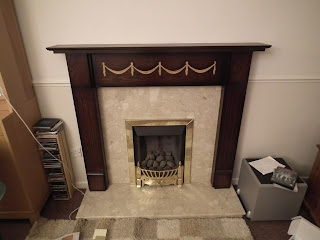 (Here's the fireplace before painting, but after I had removed the decorative swag effect with a claw hammer and pliers :-) That was really therapeutic )
I suspect this was orginal from when the house was built in 1986. The previous owners had painted out the dark brown in other places (e.g the stair trims) but since they had dark brown leather sofa and dark brown wooden furniture in the living room the fireplace obviously worked for them. 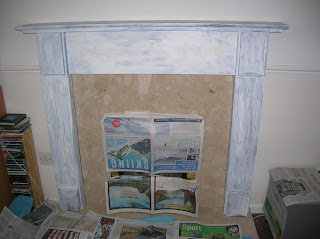 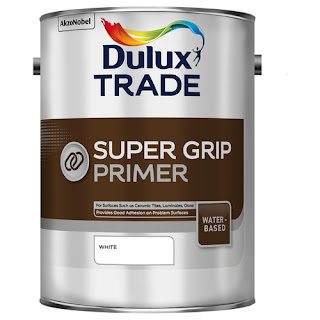 I have a 'wheat' coloured sofa and lots of Ikea beech furniture (dining table, dining chairs, armchairs cabinets and bookcases - you can see the edge of the cabinet in the top picture) so the dark brown fireplace looked rather out of place. 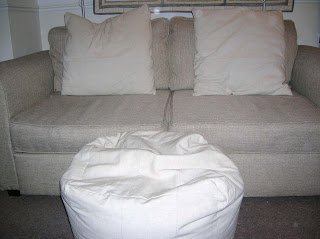 Sofa which is opposite the fireplace. 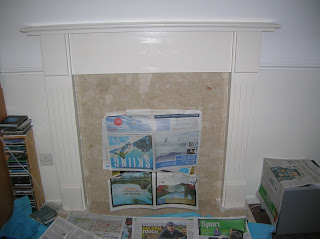 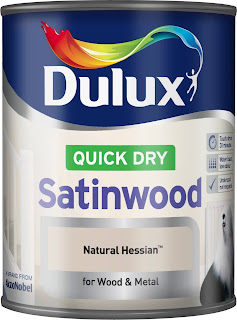 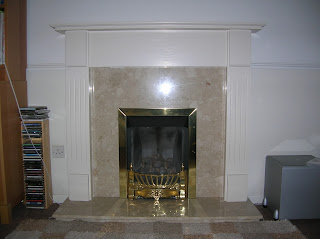 And after two coats. In the camera flash it isn't quite so apparent that it is slightly darker than the lower wall, and it does stand out still.

I L-O-V-E the fact that it is not dark brown anymore. I shall dress it, though probably with fewer knick knacks than before.
Posted by SewRuthie at 06:53

I love the change. Lighter color much better! Way to go.

Well done. It's great when you know you've done the right thing